май тойс
брокеры бинарных опционов
אבא הלל 7
The AR. Drone is an Augmented Reality Quadricopter for the iPhone, iPad and iPod touch. What does this mean? Well, if you like Apple and like Gadgets, you will absolutely love it! 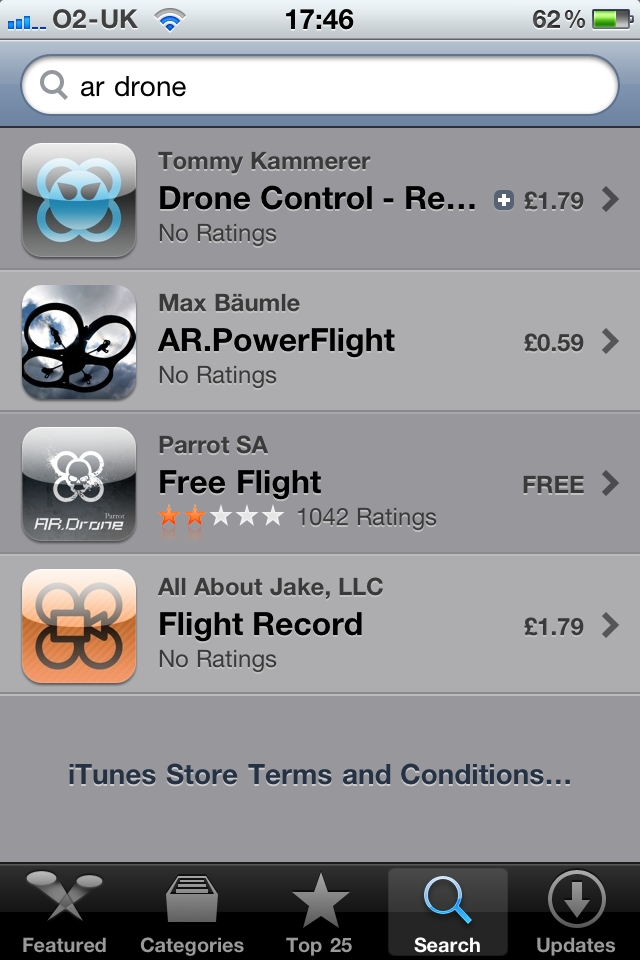 Using iMovie for the iPhone I cobbled together the cheesy video you can see below, using screen-captures taken during my first flight of the AR. drone.

At the time, AR. FreeFlight was the only application available and is required in order to pilot the AR.Drone using an iPhone, iPad or iPod touch.

However I signed into the App Store this afternoon to find developers are slowly releasing their own applications for the AR.Drone.

Two are clearly an attempt to improve on the AR.Freeflight app – namely AR.PowerFlight and DroneControl.

The same search brings up a much more exciting application – Flight Record – which essentially turns the drone into an aerial video camera!

At £1.79 it was a must have and you can read a full review of Flight Record for the AR.Drone on The-Parrot-ARDrone.com.